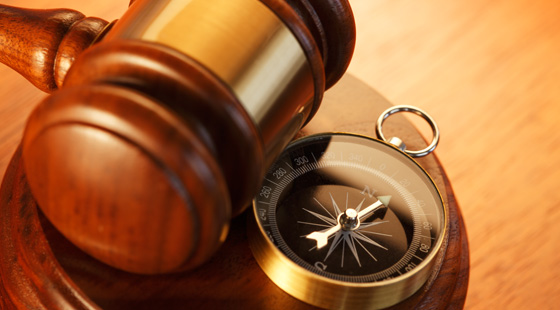 In a previous post, I analyzed a California reverse veil piercing decision, which tracked decisions from across the country that recognize, in appropriate circumstances, that an entity’s assets can be subject to claims from the entity owner’s creditors. Because Delaware law has outsized influence on corporate law development, a recent decision by the United States Fourth Circuit Court of Appeals that predicted Delaware would also recognize the remedy merits analysis. Sky Cable, LLC v. DirecTV, Inc., 886 F3d 375 (4th Cir. 2018).

“Reverse veil piercing” flips a well-established, if uncommon, remedy that disregards the corporate separateness of an entity; reverse veil piercing permits a judgment creditor to collect against someone who owns an entity from the entity’s assets. In Sky Cable, the Fourth Circuit held that affiliated limited liability companies were co-debtors on an over $2.3 million judgment entered against the LLCs’ sole member, Randy Coley, because the court determined the entities were his alter ego.

Because businesses frequently use limited liability entities to isolate liabilities from separate activities, the activities that led the Court to determine that the four affiliated Delaware LLCs were the owner’s alter ego are perhaps not uncommon, although the fraudulent behavior in Sky Cable is extraordinary.

Coley operated the LLCs to provide consumer access to DIRECTV’s cable television services. In 2000, Coley contracted with DIRECTV to provide programming to 168 rooms at the Massanutten Resort. Over the next decade, Coley grew the business, using the LLCs, to provide cable service to more than 2,300 rooms, but continued to pay DIRECTV for only 168 rooms. (Sky Cable is a DIRECTV dealer who discovered the fraud and sued both Coley and DIRECTV; its claims against DIRECTV were dismissed, but its name remained on the suit.)

At trial, Coley was found liable for violations of federal communications law. Evidence at trial revealed that Coley’s LLCs commingled assets, paid each others’ and Coley’s bills, and deposited funds attributable to one another into their individual accounts. At trial Coley acknowledged that he couldn’t explain the behavior.

The decision didn’t analyze the elements of alter ego – accepting the trial court’s findings on the issue as well supported – but cited several lines of cases to support its prediction that Delaware law would not allow an individual to use an entity’s separate form to shield him or herself from liability and hinder a creditor from collecting on adjudicated claims. See, e.g., id. at 387 (“Therefore, when an entity and its sole member are alter egos, the rationale supporting reverse veil piercing is especially strong.”)

To permit the remedy of reverse veil piercing, the Fourth Circuit first had to determine that Delaware’s broad LLC charging statute, which states “entry of a charging order is the exclusive remedy for a judgment creditor seeking access to the financial interest of an LLC member” (emphasis added) did not apply. The statute provides that “attachment, garnishment, foreclosure or other legal or equitable remedies are not available to the judgment creditor.” 6 Del. Code § 18–703(d). The next section of the statute specifically states that no creditor of a member “shall have any right to obtain possession of, or otherwise exercise legal or equitable remedies with respect to, the property of the limited liability company.” 6 Del. Code § 18–703(e).

Invoking principles of statutory construction, the Fourth Circuit emphasized the phrase “other legal or equitable remedies,” and observed that where a general statement follows a specific list, the general phrase applies only to “other items akin to those specifically enumerated.” Reverse veil piercing is unlike attachment, garnishment, and foreclosure, so does not fall within the exclusive remedy ambit, according to the court. The court did not address the more broad injunction of subsection (e) nor did it address the statute’s statement that the charging order is the exclusive remedy whether the entity has one or more than one member. The last point is significant because courts that have permitted veil piercing and reverse veil piercing have all observed that the remedy is appropriate only if other LLC members, if any, are not harmed.

The California decision, Curci Investments v. Baldwin, which recognized reverse veil piercing under California law, took a different approach to sidestepping California’s charging statute than Sky Cable followed to avoid the exclusivity of Delaware’s charging statue. Curci applies to limited liability companies only, and not corporations, as California had earlier decided that reverse veil piercing was not available, and relied on the exclusivity of the charging order to justify the appropriateness of finding that reverse veil piercing was available to a frustrated creditor of an LLC. By contrast, the Fourth Circuit’s application of traditional alter ego analysis is not limited to LLCs and, tellingly, does not address the unusual language in the charging statute that states that single-member LLCs are not exempt from the exclusive remedy provision.

Coley wantonly disregarded corporate formalities; however, we can still learn from the decision. Although many traditional corporate formalities are not legally required for limited liability companies, Sky Cable suggests that limited liability entities must nevertheless be vigilant in creating and maintaining entity records. Many actions identified by the court as supporting the alter-ego finding – such as inter-company transfers, shared services and assets – are common for business organizations and could have been better explained by appropriate accounting records, record keeping, and inter-entity contracting. To be clear, the subscriber fraud was Coley’s and would not be cured by good corporate hygiene. But the finding of alter ego is extraordinary, and, from the facts we have in the opinion, his entities’ business actions (as contrasted with funds management, where accounting records showed the entities were operated as the Coley family piggy bank) supported a legitimate business enterprise. The importance of Sky Cable may be the lesson that entity record keeping matters more than the Circuit Court’s prediction of Delaware law.