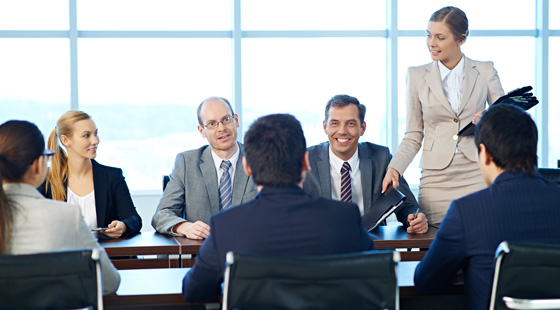 When may a company vote a stockholder’s shares without receiving instructions on how to vote?

The rules regarding a company’s ability to use discretionary authority to vote proxies at a stockholders meeting are probably some of the most complex proxy rules to understand, but it is critical to understand them, especially in a contested election.

The first situation is covered by Rule 14a-4(b)(1), which provides that if a proposal is included on the proxy card and a shareholder returns a signed proxy card without indicating how to vote on the matter, the proxy holder may vote the shares in accordance with its own recommendation.

The second situation is governed by Rule 14a-4(c) and encompasses non 14a-8 proposals. It could arise if the company does not have an advance notice bylaw provision and a stockholder makes a proposal from the floor of the meeting. This situation more typically arises, however, in a contested election when the stockholder presents proposals in addition to a competing director slate and is soliciting its own proxies. To better understand how discretionary authority works in this situation, it is helpful to understand how the proxy card is formatted.

Under Rule 14a-4(c)(1), if the company did not have timely notice of the proposal, the proxy card may confer discretionary authority to vote on the proposal if a specific statement is made to that effect in the proxy materials. This is the discussion in all proxy statements that says something like, “The Board is not aware of any other matter to be acted upon at the meeting. If any other proposal is properly brought before the meeting, it is intended that the proxies will be voted on any such matters in accordance with the judgment of the persons voting such proxies.” In short, if the company did not have timely notice of the proposal, the proposal need not be discussed specifically in the company’s proxy statement, it may be excluded from the proxy card, and the company’s proxy committee may vote in its discretion on the matter, which usually means against the shareholder proposal. This is a great position to be if you are the company.