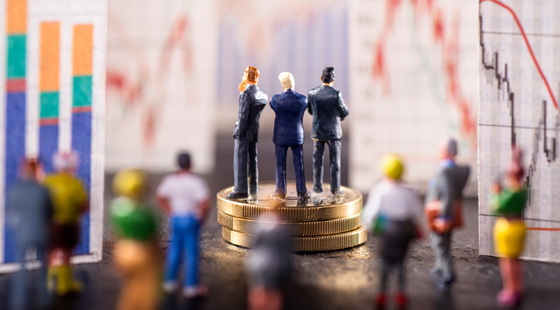 What the heck is a broker non-vote?

Most stockholders of publicly traded companies beneficially own their shares in these companies in a brokerage account. The broker may be the record holder of these shares, but in many cases that brokerage firm also holds those shares through yet another brokerage firm. In fact, Cede & Co. is typically the largest broker nominee of any registered public company and most brokerage firms, and thus most shareholders, trace their ownership back through that record holder.

Similarly, most stockholders of publicly traded companies vote their shares by proxy at the stockholder meetings of these companies. Instead of attending the meeting in person, they give their proxy to the proxy voting committee of the company. In order to do that, however, they must first instruct their broker how to vote their shares. While most stockholders believe they are sending a proxy to the company, they are actually providing instructions to their broker, who then votes their shares by proxy in accordance with those instructions. Finally, if the broker holds the shares through Cede, the broker first obtains its authority to vote by proxy by receiving an omnibus proxy from Cede. (If the stockholder wanted to vote in person at the meeting, the stockholder would first need to obtain a legal proxy from their brokerage firm in order to do so.)

In short, a stockholder does not actually vote by proxy at a stockholders meeting, but rather instructs the broker how to vote. Sometimes, the broker can vote those shares even if it doesn’t receive any instruction from the beneficial owner. Under stock exchange rules, banks, brokers and other holders of record who hold shares of stock in “street name” for a beneficial owner of those shares, as described above, typically have the authority to vote in their discretion on “routine” proposals when they have not received instructions from beneficial owners. Such record holders, however, are not allowed to exercise their voting discretion with respect to the approval of matters determined to be “non-routine.”

A “broker non-vote” occurs when there are both routine and non-routine proposals to be voted on at the meeting. Broker non-votes are shares held in street name by banks, brokers and other holders of record that are present in person or represented by proxy at a stockholders meeting to vote on routine matters, but for which the beneficial owner has not provided the record holder with instructions on how to vote on a non-routine matter. Thus, the record holder does not have discretionary voting power with respect to that proposal.

In a situation where all of the proposals are non-routine, as is usually the case for a merger proxy, the failure to provide instructions to the broker will result in the stockholders shares not being present at the meeting and not being voted on the proposals. In some cases, this could result in there not being enough shares present to constitute a quorum to hold the meeting. For annual meetings, some companies will include a routine proposal, e.g., ratifying the public accountant, on the agenda simply to allow the broker to be present in order to establish a quorum.