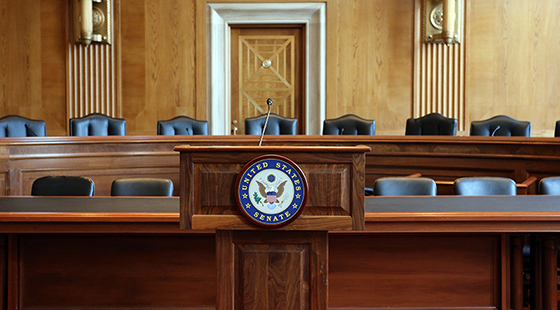 The latest development in the saga of the “valid-when-made” debate came on May 11, 2021, when the Senate passed a joint resolution declaring the OCC’s “true lender” rule invalid. The resolution, backed by Senate Democrats, now goes to the Democrat-controlled House of Representatives for consideration.

The OCC “true lender” rule applies to loans made by national banks and federally chartered savings associations and is a companion rule to the “valid-when-made” rule, which provides that a loan made by one of those institutions at an interest rate that is legal for that institution to charge cannot be rendered unlawful by being sold to another person who is not legally allowed to charge that same rate. The “true lender” rule provides a simple, objective rule that a federal institution is the true lender for this purpose if the documentation says it is the lender. The “valid-when-made” rule has been opposed and legally challenged by those who think it provides too much opportunity for abuse by predatory lenders entering into arrangements with these federal institutions. The “true lender” rule makes it easier for a predatory lender to circumvent rate regulations by having a federal institution be the initial lender of record.

The joint resolution, if approved by the House and signed by the President, would negate the “true lender” rule, but it would not provide any alternative solution to the concerns of the banking industry or consumer protection advocates, both of which are troubled by the uncertainty that existed before the adoption of the “valid-when-made” rule and the related “true lender” rule. Any future clarity will require either different rule-making by the OCC or enactment of legislation by Congress.

We have previously reported on these rules and related matters in these Client Alerts: