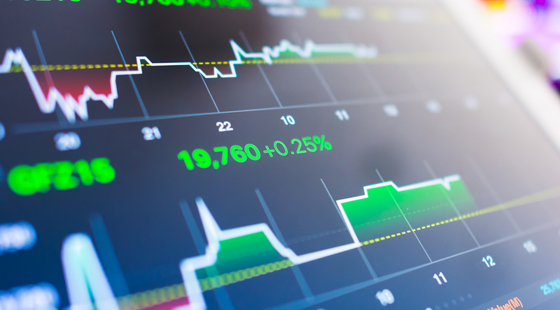 Stock buybacks are not evil

“Don’t be evil. We believe strongly that in the long term, we will be better served-as shareholders and in all other ways-by a company that does good things for the world even if we forgo some short term gains. This is an important aspect of our culture and is broadly shared within the company.”

“After taking these potential investments into account, our Board has decided to extend our share repurchase program up to an additional $8.6 billion of Class C capital stock.”

This year, many other companies less influential than Google have also already announced stock repurchase programs as a result of the influx, or expected influx, of cash resulting from the Tax Cuts and Jobs Act. These companies’ corporate boards of directors, in exercising their fiduciary duties to maximize shareholder value, have approved stock repurchase programs. Customary reasons for corporate stock repurchase programs include (i) increasing the company’s stock price and EPS by reducing the outstanding share float, (ii) returning capital to shareholders in a more tax-efficient manner than dividends, (iii) signaling the company’s belief that its stock is undervalued, and (iv) offsetting dilution from M&A and equity-based executive compensation.

Despite companies likely having completely appropriate and legitimate reasons for using their capital to repurchase stock, there are critics of corporate stock repurchase programs that question (i) whether stock repurchases are beneficial to shareholders and (ii) the underlying reasons why companies decide to repurchase their own stock. The criticism takes a few forms but mostly focuses on the fact that using corporate capital to repurchase company stock means that companies are not “sharing the wealth” by using the excess capital to hire more employees, invest in capital equipment, build new plants, fund research and development, or increase employee wages or benefits.

In a June 11, 2018 speech before the Center for American Progress, SEC Commissioner Robert J. Jackson Jr. (appointed by President Trump to fill a Democratic spot on the SEC), was very critical of corporate stock repurchase programs and the SEC’s current disclosure rules on them. He believes that the SEC’s disclosure rules allow (“subsidize this behavior”) corporate managers of our public companies to use the capital generated by the Tax Cut and Jobs Act to cash out their own stock options and compensation-based equity ownership at the expense of the investing public by selling after announcements of share repurchase programs, which often results in stock price increases. Commissioner Jackson said with respect to recent share repurchase programs:

On too many occasions, companies doing buybacks have failed to make the long-term investments in innovation or their workforce that our economy so badly needs. * * * Even more disturbing, there is clear evidence that a substantial number of corporate executives today use buybacks as a chance to cash out the shares of the company they received as executive pay. We give stock to corporate managers to convince them to create the kind of long-term value that benefits American companies and the workers and communities they serve. Instead, what we are seeing is that executives are using buybacks as a chance to cash out their compensation at investor expense.

Commissioner Jackson is calling for an open comment period to reexamine the SEC’s rules on corporate stock repurchase programs, including whether management should be barred from selling stock received as compensation during the time of company stock repurchases. According to Commissioner Jackson, “[b]ecause executives who receive shares rather than cash demand higher levels of pay, the use of stock-based compensation has led to eye-opening pay packages for top executives. In the trade, investors—and the economy as a whole—tie executives’ fortunes to the growth of the company. But that only works when executives are required to hold the stock over the long term.” In his speech, he cited his staff’s research showing that, in half of the recent corporate buybacks programs, at least one executive at each company sold stock after the buyback announcement. Among other things, he proposes new rules to deny the safe harbor provided by Exchange Act Rule 10b-18 to companies that “choose to allow executives to cash out during a buyback.” Rule 10b-18 sets out certain standards that allow a company to engage in buy-backs without fear that the purchases will be considered illegal “manipulation” of the share price.

It seems to me that the criticism aimed at recent stock repurchase programs is unwarranted, misinformed, or in the nature of second guessing the board’s exercise of its fiduciary duties. Of course corporate stock repurchase programs should be authorized and approved by boards of directors for a proper purpose, and, in the vast majority of the cases, they are. Boards in approving repurchase programs in discharging their fiduciary duties appropriately consider among other things (i) capital needs, (ii) the impact of the repurchase on the company’s cash position, and (iii) whether there are better uses of the company’s capital. I believe that a vast majority of corporate boards will not approve a stock repurchase program unless all other capital allocation options (capital expenditures, R&D, and strategic M&A deals) are fully funded. An argument can be made that if a company believes it will not benefit from further investment in capital expenditures, R&D, or M&A, the best outcome for the economy as a whole is to put the unneeded cash into the hands of shareholders who can spend that cash or reinvest it in other companies that will put the capital to work. Companies could use excess capital to increase employee compensation, but paying more than the market demands is not a good business practice. Finally, in connection with the review of a possible company stock repurchase program, companies typically review and consider state laws, charter documents, material agreements, stock exchange rules, debt levels, and tax and accounting treatment.

The SEC’s existing disclosure and anti-fraud rules already protect investors and inform the public about company stock repurchase programs. Most repurchase programs are publicly announced in advance, and if they are not, they should be. Furthermore, it is illegal and a violation of insider trading policies for corporate insiders (executives) to sell company stock while in possession of material non-public company information and for companies to purchase their own stock without having previously disclosed material information. Rule 10b-18 provides companies with a “safe harbor” from liability for manipulation under sections 9(a)(2) of the Exchange Act and Rule 10b-5 of the Exchange Act solely by reason of the manner, timing, price, and volume of their repurchases when they repurchase a company’s common stock in the market in accordance with the certain manner, timing, price, and volume conditions. Item 703 of Regulation S-K requires disclosure about company stock repurchases in quarterly disclosure on Form 10-K and Form 10-Q, as applicable. Finally, companies are also required to discuss in MD&A their liquidity and capital resources.

Stock repurchase programs approved for appropriate corporate purposes and conducted in accordance with applicable laws, regulations, and listing rules can be a valid capital allocation strategy. It is not evil for a company to purchase its own stock; as with Google and other companies, there are tangible benefits to our economy when cash that would otherwise be stagnant is redeployed by investors.