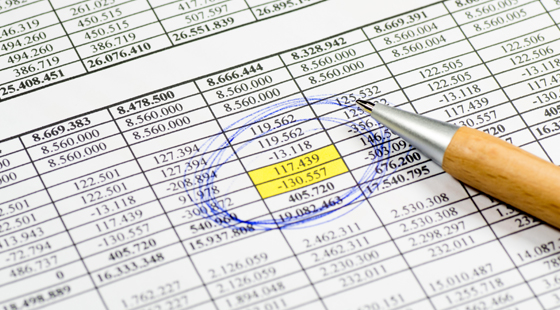 Should parties to a purchase agreement be allowed to lie to each other?

The permitted limitation on seller liability for unintentional misrepresentations encompasses the three limits on indemnification that all deal attorneys are familiar with. The first is the length of time in which an aggrieved buyer may make a claim for indemnification, i.e., how long the representations survive from the closing date. The second is the minimum amount of damages a buyer must suffer before it can begin recovering from the seller, i.e., the claims threshold, if any, and the basket. The third is the maximum amount of damages suffered by the buyer that seller is obligated to cover, i.e., the cap. Perhaps a fourth limit is the exclusive remedy provision. A detailed discussion of the factors that influence how these limits shake out in a purchase agreement is beyond the scope of this article.

A seller, however, may limit its liability for extra-contractual fraud. Extra-contractual fraud occurs when either (1) the seller makes an intentionally false statement that is not contained in the contract (the tort of intentional misrepresentation) or (2) conceals or fails to disclose a material fact of which the seller knows the buyer is ignorant and does not have an opportunity to discover. In other words, as the name implies, the contract is silent on the matter. The fact that a seller is legally permitted to insulate itself from this type of fraud definitely doesn’t mean the buyer is going to allow it.

Specificity, however, doesn’t mean over engineering the representation; just simply have the buyer represent that it is not relying on any representations made by the seller other than those included in the purchase agreement. It really is just that simple. Even if the governing law of the contract does not provide, as a matter of law, that a non-reliance representation means the buyer may not pursue an extra-contractual fraud claim, having the representation will make it difficult for the buyer to meet the reasonable reliance element of a fraud claim.

Some commentators have argued that in order to avoid extra-contractual fraud claims, the purchase agreement must also provide that the indemnification section is the exclusive remedy for contractual, i.e., monetary, damages, and must have a robust integration clause. These provisions may serve other purposes, but unless the non-reliance representation is baked into one of these provisions, they are not critical to limiting extra-contractual fraud claims.

What Does All of This Mean?

In recent years, sellers have attempted to limit their liability for extra-contractual fraud by defining fraud in the purchase agreement. These definitions typically include a statement to the effect that the buyer may only make a fraud claim based on representations made in the purchase agreement. These provisions may also set forth the elements a buyer must prove to establish a fraud claim, which are typically just the common law elements of a fraud claim. Not surprisingly, buyers have resisted this movement.

Notwithstanding the amount of press extra-contractual fraud claims have generated since the Abry case was decided in 2006, many deal lawyers are still unaware of this issue. And, as with many evolving areas of law, if an attorney has not previously considered the matter, it is highly unlikely they will agree to a “novel” concept like defining fraud, even if it is just an attempt to contractually provide what the governing law already says on the topic.

If possible, however, a seller should resist carving out fraud from the indemnification limitations and exclusive remedy provisions. Because, by law, a seller cannot limit its liability for contractual fraud, the purchase agreement need not specifically carve out fraud from these limitations. In particular, doing so in the exclusive remedy provision could create an ambiguity that it carves out extra-contractual fraud. A well-drafted anti-reliance provision, however, should resolve that ambiguity in favor or the seller if the seller cannot keep out the fraud exception.

If the purchase agreement does contain any fraud carveouts, however, they should be as specific as possible. That is, the contract should only state that the survival period, the basket, the cap, and possibly the exclusive remedy provision do not apply to fraud. A seller should not agree to a general statement to the effect that notwithstanding any other provision in the contract to the contrary, nothing in the agreement limits or restricts any action or claim based on fraud. Such a statement could easily be construed to trump the non-reliance representation.

The most likely buyer response to all of this is that if fraud occurs in any form, whether contractual or extra-contractual, it should not be precluded from pursuing any and all remedies. This position is not without some merit, but in today’s age of robust (some would appropriately say fulsome) representations, it seems highly likely that any statement a buyer relied on in entering into a purchase agreement found its way into the purchase agreement.

In any event, sellers can solve this whole problem, and prevent the resulting brain damage, by just not committing fraud. A seller’s efforts are probably better spent on provisions other than limiting extra-contractual fraud, like the basket and cap on indemnification. Besides, in a transaction involving the sale of stock, a seller may be subject to liability under Section 10(b) of the Securities Exchange Act for extra-contractual fraudulent statements notwithstanding any non-reliance representation.