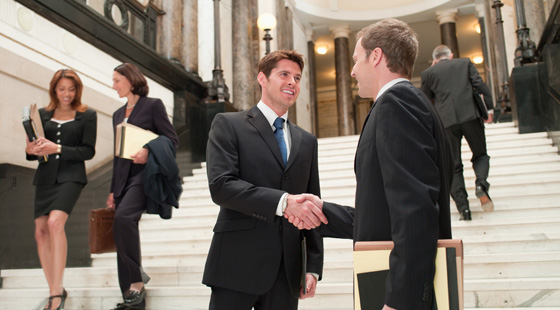 Scheining a light on arbitrability

The United States Supreme Court recently issued a unanimous opinion holding that courts may not override contract provisions delegating to arbitrators the power to decide whether a claim is subject to arbitration, even if the argument in favor of arbitration is “wholly groundless.” Some federal courts had held that if a party’s basis for seeking to compel arbitration was wholly groundless, the judiciary could decide arbitrability even when the arbitration agreement reserved this issue for arbitration. In Henry Schein, Inc. v. Archer & White Sales, Inc., the Supreme Court rejected this “wholly groundless” exception as inconsistent with the text of the Federal Arbitration Act (FAA) because the Court is “not at liberty to rewrite the statute passed by Congress and signed by the President.”

The underlying dispute arose between Archer & White, a dental equipment distributor, and Henry Schein, Inc., a dental equipment supplier, after their contractual relationship soured. Archer sought money damages and injunctive relief from Schein for alleged antitrust violations. Schein sought to invoke the arbitration provision in the parties’ contract, which Archer argued did not apply to disputes seeking injunctive relief. The District Court held Schein’s attempt to compel arbitration was wholly groundless and denied the motion to compel. The Fifth Circuit affirmed. The Supreme Court granted certiorari to resolve a 4-2 circuit split as to whether this “wholly groundless” exception was consistent with the FAA.

The Supreme Court reiterated that arbitration is a matter of contract under the FAA. Parties may agree to have an arbitrator decide not only the merits of disputes, but also gateway questions of arbitrability, such as whether an arbitration provision applies to a particular dispute. The Court held that the “wholly groundless” exception was inconsistent with the text of the FAA and Supreme Court precedent. If parties have agreed to arbitrate the threshold question of arbitrability, courts have no power to decide the issue.

One question Schein did not address is whether an arbitration provision that incorporates arbitration rules giving arbitrators the power to decide arbitrability qualifies as the parties agreeing to have the arbitrator decide arbitrability. The Supreme Court “has consistently held that parties may delegate threshold arbitrability questions to the arbitrator, so long as the parties’ agreement does so by ‘clear and unmistakable’ evidence.” (Citing First Options of Chicago, Inc. v. Kaplan, 514 U.S. 938, 944 (1995)). This outstanding First Options question will likely find its way to the Court in a coming term, perhaps once again through the Schein litigation. Although the Court made clear that an agreement to arbitrate arbitrability must be honored by courts, it expressed “no view about whether the contract at issue . . . in fact delegated the arbitrability question to an arbitrator” because the Court of Appeals did not address this question.