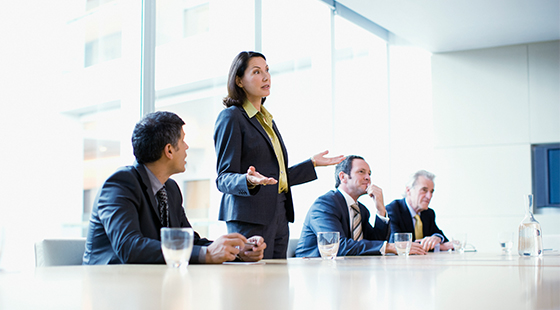 This Client Advisory is part of a series highlighting the different features of the Ohio LLC Act that goes into effect on January 1, 2022.* For other content regarding the Act, click here.

*Note: The effective date has been delayed until February 11, 2022.

A new Ohio LLC statute will bring flexibility in structuring the management of a limited liability company formed in Ohio. Current Ohio law contemplates that an LLC will be managed either directly by its owners, known as “members,” or by designated persons called “managers.” Until 2016, the Ohio LLC statute did not even officially contemplate the concept of “officers” as an option. Even today it does not expressly contemplate governance by a collective group like a board of directors.

No longer just “member-managed” or “manager-managed.” Drafters of LLC operating agreements have long provided for boards of managers and officers answerable to that board when it suited the management structure desired by the members, but this structure relied heavily on the idea that such a contract among the members would be honored even if not directly contemplated by the statute. Beginning January 1, 2022, the new Ohio Revised Limited Liability Company Act will move away from the concept that an LLC is either “member-managed” or “manager-managed.” Although the new Act still uses the term “manager,” it will now be defined as “any person designated by the limited liability company or its members with the authority to manage all or part of the activities or affairs of the limited liability company on behalf of the limited liability company, which person has agreed to serve in such capacity, whether such person is designated as a manager, director, officer, or otherwise.”

New reliance on actual authority. The new statute replaces those standards with the simple concept that no person has the power to bind the LLC except to the extent the person is authorized to act as the agent of the LLC under the operating agreement or such authorization is provided to the person by the members in a manner that does not violate the operating agreement. For actions in the ordinary course of activities of the LLC, approval by a majority of members is sufficient, but for actions not in the ordinary course of activities of the LLC, the approval must be unanimous. In other words, only actual authority granted as provided by, or pursuant to, the governing document or by express vote of the members results in binding effect. That actual authority could be provided directly by the operating agreement; by delineating certain actions a person is authorized to take, indirectly, such as by stating that a person has authority to the extent conferred by a board of directors; or by an action of the members as described above.

The new importance of actual authority means that a person entering into an agreement with an Ohio LLC may want to look more closely into governing documents to be assured that the person signing for the LLC has the actual authority to do so.

In our experience, most operating agreements today have express provisions that lay out the authority structure of the company. If, however, an LLC has relied on the existing statutory provisions to set the authority of members or managers to bind the company, that concept will need to be revisited, because, when the new law goes into effect, there may no longer be any effective structure for decisions to bind the company.

The new law also, for the first time in Ohio, authorizes an LLC to establish separate series that may hold separate assets and limit their liability to the activities of the specific series. Each series can have a separate management structure. For more about series LLCs, see our Client Advisory here.

Finally, it is worth mentioning that, like the prior statute, the new Act provides for certain actions that cannot be taken or authorized by any person without consent of all of the members of the LLC, such as amending the operating agreement or filing for bankruptcy. However, the “default” nature of the new Act suggests that this requirement may be varied by an agreement among the members to give such authority to fewer than all of the members or even to another person, such as a manager.

Key takeaways. The management structure of an LLC can be a touchy subject, so if your operating agreement has provisions that work well to the general satisfaction of all involved, there is probably no good reason to make any changes based on the new law. If, however, the current management structure is awkward, confusing, or poorly worded – either because ideas were forced to fit into the more restrictive concepts of the existing Ohio law or because the structure has become outdated for the business – now is the ideal time to revisit it in view of the flexibility of the new Act. Closely related and also worthy of consideration are the types of duties owed by members and managers to the LLC and to the other members. For a discussion of that subject, click here. Finally, going forward, a party dealing with an LLC may want to take a closer look for actual authority before entering into an agreement.