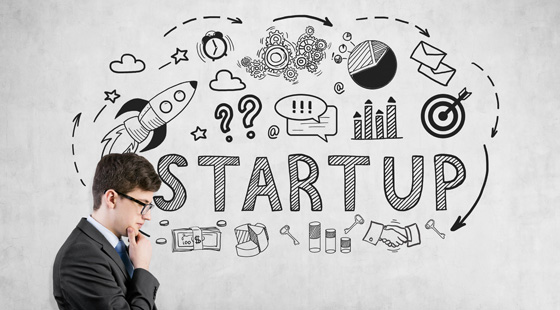 Missed Form D filings: Are there consequences to operating in stealth mode?

Private companies, especially companies receiving venture capital, often prefer to keep their financial information confidential. To that end, some executives desire to avoid making public filings with regulators whenever possible. But when a company uses Regulation D to sell securities that are exempt from the Securities Act of 1933 (an exemption commonly used when raising venture capital), the company must report the offering to the SEC in a public document known as Form D. The desire for privacy has led to some companies deciding to not file Form D based on the incorrect assumption that the consequences will be insignificant.

Regulation D contains two exemptions from the registration requirements that apply to the offer or sale of securities. Rule 504 applies to issuances of less than $5,000,000 in securities within any 12-month period. Rule 506 is a safe harbor for the private offering exemption found in Section 4(a)(2) of the Securities Act and can be used to raise an unlimited amount of money. Any issuer that relies on Rule 504 or 506 must file a Form D with the SEC within 15 calendar days after the first sale of securities in the offering. States are prohibited from imposing any additional requirements other than a notice filing of the Form D.

Form D is a public document that contains information about the offering, including the identity of the issuer, the exemption relied upon, the dollar amount raised (or expected to be raised), and the amount of any sales commissions or finders’ fees. Though the information reported on Form D is quite limited, issuers who want to avoid calling attention to a capital raise may be inclined to forgo the filing of the Form D.

Consequences of Failing to File

Rule 507 provides that an issuer can be enjoined from relying on the exemptions found in Rules 504 and 506 in the future if it fails to file Form D. This means that even though the failure to file may not affect the validity of the current exemption, the SEC could seek to enjoin the issuer from relying on Regulation D for future capital raises. An injunction against using Regulation D could significantly increase the cost of raising capital for a company.

Even if the SEC refrains from prosecuting an issuer for failing to file Form D, that issuer may have damaged its credibility for future investments. Subsequent investors may request a legal opinion stating that all shares of the company have been issued in compliance with all federal and state securities laws. In some instances, companies have had to rescind a previous issuance of securities and re-issue the securities in order to comply with federal and state securities laws. Rescission and reissuance is a costly process that can be avoided by filing Form D in the first instance.

For those companies that are currently in the predicament of having failed to file a Form D that covers a past offering, the conventional wisdom with respect to the SEC is ‘better late than never.’ Even if years have passed since the Form D was first due, issuers are often better off filing a Form D. Many of the late Form D filings are never addressed by the SEC. State regulators, on the other hand, may impose penalties for a late filing, even a notice filing under Regulation D; however, in order to benefit from the preemption provisions of Regulation D and protect their credibility with future investors, companies are typically advised to make the late filing.

Offerings made under Rule 506 have at least one potential fallback. Rule 506 is a safe harbor for the Section 4(a)(2) private offering exemption. If an issuer claims a 4(a)(2) exemption but does not claim the Rule 506 safe harbor, there is no federal filing requirement. Form D is only required if the issuer is claiming the Rule 506 safe harbor. A company that failed to file a Form D in the past may look to Section 4(a)(2) to claim that it wasn’t required to file a Form D in the first place.

The issue with this approach lies in the blue sky laws. While Rule 506 preempts blue sky filings (except for notice filings) with respect to the safe harbor, many states have separate filing requirements for 4(a)(2) exemptions. The thresholds for these filings (e.g., the number of investors involved in the issuance) vary widely from state to state. Therefore, even if a company successfully claims a 4(a)(2) exemption under federal law, it may still face state-level penalties (which could include rescission rights for the investors) for failing to make a 4(a)(2) filing in that particular state. Companies are likely better off filing a late Form D with both the SEC and state securities regulators.

Category: Compliance & Ethics, Securities Law, Venture Capital
Tweets by linguanegoti Contact
authors
co-editors
contributors
services
resources
categories
When you visit our website, we and our partners and providers collect information through cookies and related technologies for various purposes, including to deliver online services, analyze traffic and social media engagement. You can learn more in our Privacy PolicyI accept