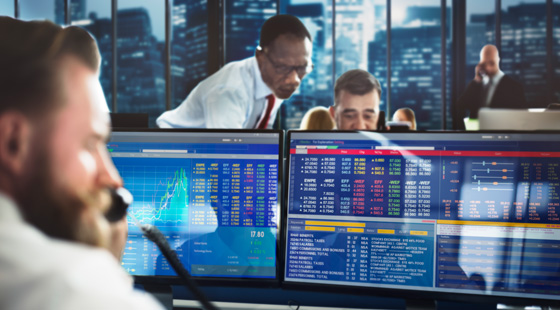 Is the mosaic theory as a defense to insider trading dead?

In a recent post by Bob Loesch, he discussed the difficult topic of how to tell if information should be considered “material” under the federal securities laws. He concluded that if the company would prefer to withhold the information because it is likely to have an adverse effect on the stock price, then it is, practically by definition, material.

There is a complicated nuance in determining whether information is material in the context of conversations with professional securities analysts. The general definition of materiality is that information is material if there is a substantial likelihood that a reasonable investor would consider the information important in making a buy or sell decision or there is, as stated by the U.S. Supreme Court in TSC Industries, Inc. v. Northway, Inc., “a substantial likelihood that the disclosure of the omitted fact would have been viewed by the reasonable investor as having significantly altered the ‘total mix’ of information made available.”

Beginning in the 1970’s, federal Courts of Appeal acknowledged that securities analysts deal in nuances that would not influence other people. The Second Circuit, in SEC v. Bausch & Lomb, Inc., stated that, “corporate management may reveal to securities analysts or other inquirers non-public information that merely ‘fills interstices in analysis.’” In Elkind v. Liggett & Myers, Inc., that same court again discussed the theory, stating that, “[a] skilled analyst with knowledge of the company and the industry may piece seemingly inconsequential data together with public information into a mosaic which reveals material non-public information.” In Dirks v. SEC, the U.S. Supreme Court acknowledged that analysts use information that others are unable to benefit from directly, and the SEC acknowledged that analysts’ work improves market efficiency and benefits all investors.

In recent years, some defendants seeking to apply this mosaic theory as a defense to insider trading charges have been resoundingly unsuccessful. Very notably, Raj Rajaratnam (the former manager and founder of the Galleon Group, a New York-based hedge fund management firm that failed after his arrest for insider trading) relied in part on the mosaic theory as a defense to insider trading charges and was sentenced to 11 years in prison, which was affirmed on appeal. The outcome can be explained, however, by the very real possibility that there was evidence of truly material information being leaked and that it was not necessary for Rajaratnam to work the magic of piecing together immaterial tidbits to see the picture of the mosaic. A number of commentators have claimed that the mosaic theory is all but dead in light of recent cases such as this one. One case cited by those claiming the mosaic theory is dead is SEC v. Steffes, where employees pieced together information from inside the company that led them to believe it was about to be sold. Significantly, in my view, that case did not involve someone outside the company piecing together information from various sources and their professional analytical skills. It involved employees whose only source of information was what they garnered from the inside.

The mosaic theory may be under challenge, but it is far from dead. From the standpoint of a company deciding what it can share and what it cannot, it is important to note that the guidance surrounding Regulation FD, which prohibits companies from making selective disclosures of material information to certain categories of people, recognizes the mosaic theory. In Compliance and Disclosure Interpretation (“CDI”) 101.03, the SEC staff states:

An issuer . . . would not be conveying such [i.e. material] information if it shared seemingly inconsequential data which, pieced together with public information by a skilled analyst with knowledge of the issuer and the industry, helps form a mosaic that reveals material nonpublic information. It would not violate Regulation FD to reveal this type of data even if, when added to the analyst’s own fund of knowledge, it is used to construct his or her ultimate judgments about the issuer.

So, what does the current landscape mean for investor relations personnel of a public company? First of all, if an analyst asks a question during a properly publicized and open conference call, the information would be considered publicly disclosed, so not in violation.

What if the question comes from an analyst during a one-on-one contact? That situation requires much greater caution. Only if the company representative is darn sure that the information is not material by itself should it be disclosed. Best practice may be to deflect the question until there can be a careful internal analysis.

What does the current landscape mean for the securities analyst trying to rely on the mosaic theory? Although garnering information during a public call will make that information available to others, it is a context where the analyst is not receiving nonpublic information and, therefore, does not risk insider trading. In the one-on-one context, an analyst should not assume that the company representative has properly applied the materiality test. It is incumbent on the analyst to ask only for information that is safely immaterial in the hands of the “reasonable” investor.

Category: Insider Trading
Tweets by linguanegoti Contact
authors
co-editors
contributors
services
resources
categories
When you visit our website, we and our partners and providers collect information through cookies and related technologies for various purposes, including to deliver online services, analyze traffic and social media engagement. You can learn more in our Privacy PolicyI accept