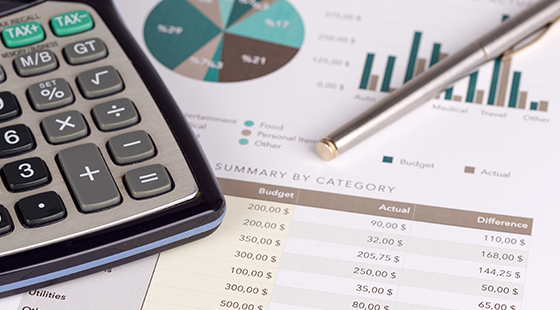 In a blow to online retailers, U.S. Supreme Court opens the door for states to collect sales tax

In the South Dakota v. Wayfair, Inc. decision issued June 21, 2018, the U.S. Supreme Court held that the physical presence rule previously set forth in Quill Corp. v. North Dakota, 504 U.S. 298, and National Bellas Hess, Inc. v. Department of Revenue of Illinois, 386 U.S. 753, was incorrect. By doing so, the Court opened the door for states to require online retailers to collect and remit sales tax. This decision is viewed as a win for both states, which have seen their respective sales tax bases erode due to the emergence of online retailers, and brick and mortar stores, which have struggled to compete on price with online retailers that have historically not been required to collect sales tax in certain states.

Many states tax the retail sale of goods and services within the state as part of a sales tax regime. Generally, sellers are required to collect sales tax from their customers at the point of sale and remit such amounts to the appropriate state taxing authorities. When sales tax is not collected by the retailer, in-state consumers are responsible for self-reporting such purchases and remitting a use tax calculated at the same rate as the sales tax. Individual consumers, however, often fail to properly report and pay use tax on these purchases.

Under Quill and Bellas Hess, states could not require a business that had no physical presence in the state to collect its sales tax. Importantly, the mere shipment of goods into the consumer’s state was not alone sufficient to create such a physical presence. Given the issues with use tax reporting and collection noted above, the proliferation of online retailers resulted in a significant erosion to states’ respective sales tax bases. South Dakota estimated that it lost between $48 million and $58 million annually as a result of the physical presence rule.

In order to address this concern, South Dakota enacted a law requiring out-of-state retailers to collect and remit sales tax “as if the seller had a physical presence in the state” in 2016. In order to refrain from placing undue burdens on smaller retailers, the South Dakota act only applies to those sellers that, on an annual basis, deliver more than $100,000 worth of goods or services into the state or engage in at least 200 separate transactions for delivery of goods and services to the state.

In a 5 to 4 decision, the Supreme Court held that the physical presence rule of Quill and Bellas Hess was both unsound and incorrect, and overruled those decisions. The Court noted that, over time, the physical presence rule became further and further removed from the economic realities of the twenty-first century. The Court recognized that states have experienced a significant loss of revenue as a result of the rule. Further, the Court explained how the rule ran contrary to modern day interpretations of the Commerce Clause. For one, the physical presence rule provided retailers with an incentive to avoid creating a presence in multiple states, negatively hindering potential development solely for tax avoidance reasons. The Court also questioned the soundness of the rule given the way its formulaic approach treated similar retailers in a disparate manner. As an example, the Court noted that a business that houses a small amount of inventory in a warehouse located within a state would be required to collect and remit sales tax on all of its sales in the state, while a retailer with a substantial online presence would not be subjected to the same sales tax for the sale of materially similar items.

With the physical presence rule out of the way, the Court turned its focus to determining whether the sales tax regime enacted by the South Dakota legislature would apply only to those businesses with a substantial nexus with the state. The Court quickly concluded that a seller could not reach the minimum thresholds set forth in the statute (i.e., $100,000 in sales or 200 separate transactions) without availing itself of the substantial privilege of carrying on business in South Dakota, thus satisfying the substantial nexus requirement.

In the absence of any direct guidance from the federal government, states are now free to enact their own versions of the South Dakota legislation. It is yet to be seen whether other states will copy the South Dakota act directly so as to not run afoul of the substantial nexus requirement, or if they will choose to push the minimum threshold requirements downward in order to capture a greater amount of retailers. In either event, expect to see several states drafting revised sales tax legislation in the near term.