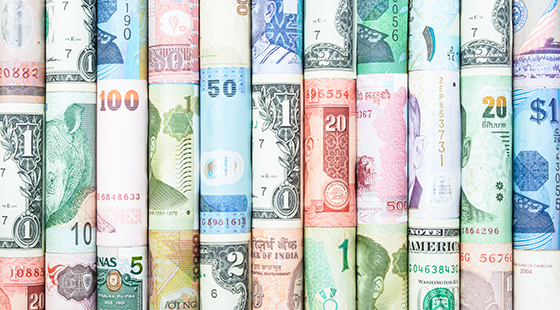 How should market participants prepare for the proposed LIBOR phase-out?

The London Interbank Offered Rate, or LIBOR, is an interest rate benchmark that tracks the average price at which banks can borrow from one another on an unsecured and short-term basis. Increasingly over the past four decades, it has become the underlying foundation of hundreds of trillions of dollars of global financial products, including derivatives, investment grade floating rate notes, floating rate or variable rate preferred securities and bank loans. Published daily, LIBOR provides the price of debt in the market for a given period and in a given currency (U.S. Dollar, Japanese yen, Swiss franc, Euro and British Pound Sterling). While LIBOR was initially conceived to set a reliable interest rate for derivatives, it has become the dominant interest rate benchmark on most adjustable rate financial products. LIBOR is published by the ICE Benchmark Administration (ICE) and is calculated from borrowing cost estimates submitted from a panel of major banks. The highest and lowest estimates are removed and the remaining estimates are averaged to provide the LIBOR rates. A majority of all variable rate mortgages and most commercial mortgages are pegged to LIBOR.

So, Why the Change?

LIBOR is under the oversight and supervision of the The United Kingdom Financial Conduct Authority, or FCA, which has proposed phasing out LIBOR by 2021.The phase-out and the search for an alternative rate is due, in part, to LIBOR’s susceptibility to manipulation. Because LIBOR rates are determined by banks submitting their own estimates of borrowing costs instead of actual market transactions, LIBOR is vulnerable to exploitation by interested market participants. During the financial crisis of 2008, contributing banks submitted low borrowing costs to mask liquidity problems and bolster illusions of creditworthiness. Other banks attempted to manipulate LIBOR rates to improve trading profits from derivatives based in part on LIBOR. In 2008, the Wall Street Journal published an article questioning the reliability of LIBOR, and this ultimately led to government investigations that unearthed evidence of LIBOR-rigging schemes. Since then, banks have paid billions of dollars in penalties for their part in manipulating LIBOR rates and several bank traders have gone to prison.

Despite this manipulation and the corresponding adverse publicity, the FCA claims the primary reason for the phase-out of LIBOR is that there are not enough term borrowing transactions by large banks to provide a good estimate of LIBOR rates. Andrew Bailey, the CEO of FCA, stated: “The underlying market that LIBOR seeks to measure – the market for wholesale term lending to banks – is no longer sufficiently active.” As an extreme example, in one currency-term combination, there were just fifteen transactions of qualifying size in the entire year of 2016. Without a robust and active underlying market to support LIBOR reference rates, the FCA has called into question LIBOR’s validity and sustainability.

The FCA continues to urge banks to respond to the LIBOR survey out of fear that a sudden discontinuation of LIBOR would cause significant market disruption and endanger the broader financial system. In November 2017, banks agreed to continue making submissions to LIBOR until 2021 to aid in a smooth transition from LIBOR to an alternative interest rate benchmark based on actual market transactions.

Unlike LIBOR, SOFR is a fully transaction-based reference rate with its underlying foundation on the U.S. Treasury market – a robust, deep, and liquid market. SOFR represents the cost of borrowing cash overnight and is calculated from over $750 billion of short-term loans or repurchase transactions collateralized by treasury securities. SOFR is widely considered to be more transparent and unyielding to manipulation as it is based on a live market and reflects the current price at which banks can borrow. In July 2018, Fannie Mae, a leading mortgage lender, set a milestone by selling $6 billion of adjustable-rate securities based on the new SOFR rate.

Despite its strengths, market participants have expressed reluctance to adopt SOFR as a replacement rate. While SOFR is a secured rate based on collateralized treasury holdings, LIBOR is an unsecured credit based term rate. As a result, SOFR’s stable treasury-based rate does not capture the credit elements and risks inherent in lending which are crucial in hedging and securities pricing; accordingly, margins above SOFR will need to adjust beyond those provided for LIBOR to provide market stability. Furthermore, while SOFR is, at present, only an overnight rate, LIBOR provides for seven borrowing periods ranging from overnight to twelve months. While a replacement index based on actual transactions may be more reliable, it can also be more volatile. SOFR has been susceptible to price swings tied to treasury issuances and month and quarter end supply variations and has trended at or above overnight LIBOR. While no alternative index will be able to mimic LIBOR precisely, regulators and industry groups are working to create solutions and methodology to address SOFR’s shortcomings.

Implications for Banks, Borrowers and the Market

With the looming phase-out of LIBOR, market participants risk administrative burdens and potential financial impact if they do not implement a transition plan. Parties should review current documentation for products tied to LIBOR and confirm there are sufficient fallback provisions if LIBOR is discontinued early or published with insufficient regularity, particularly on more recent issuances where maturity may extend beyond the planned 2021 phase-out. Current loan documents may not provide any fallback provisions other than to a prime or base rate that, historically, results in higher net interest rates. Fallback provisions should provide for a clear alternative rate such as SOFR or provide that lenders and borrowers will cooperate in good faith to determine a reasonable alternative rate. Such provisions may require that a replacement rate be based on prevailing industry standards for variable-rate commercial loans made to similarly situated borrowers. Additionally, banks may adjust the spread such that the “all in” interest rate on the date of conversion is equal to the last “all in” interest rate when LIBOR was last available. This would prevent borrowers from incurring a significantly higher interest expense than anticipated. Banks would be well advised to retain flexibility in their existing documents while some of the ambiguities concerning replacement rates and the implications thereof are resolved in the marketplace.