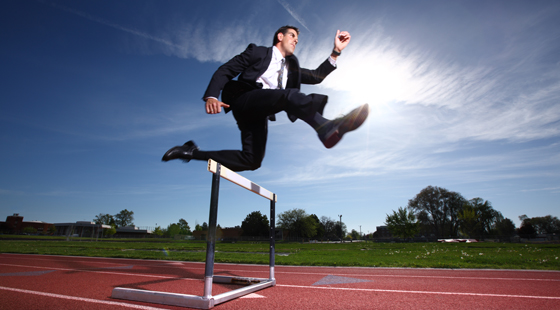 How can stockholders overcome hurdles to make a books and records request under state corporate law?

Delaware has a well-deserved reputation for being business friendly. A number of factors underlie the reputation, but one that gets too little attention is the Delaware court system’s approach to evaluating a stockholder’s request to review books and records of the corporation. Last year, Jon Oebker observed that stockholders’ rights to request corporate books and records from Ohio corporations are limited only by the need to have a “reasonable and proper purpose” to justify the request. Ohio’s standard for corporate books and records requests mirrors most states. By contrast, a stockholder of a Delaware corporation must demonstrate both that the stockholder has a “proper” purpose and that the requested records are “necessary and essential” to achieving the requesting stockholder’s “proper” purpose.

Delaware’s “necessary and essential” standard was recently interpreted by the Delaware Court of Chancery in Mudrick Capital Management, L.P. v. Globalstar, Inc. Even though the Court decided against Globalstar on several points, the thorough, carefully-articulated decision can help guide a corporation’s response when faced with a stockholder’s demand to review corporate records.

Vulture investment fund Mudrick Capital Management had acquired a 5.6% minority interest in Globalstar Inc., a New York Stock Exchange-traded company that specializes in satellite and wireless communications and that holds valuable spectrum rights. Although Globalstar was cash-starved, burning more than $50 million a quarter, and carried a stock price of well below a dollar, Mudrick valued the wireless spectrum rights in particular as worth more than $6.60 a share; a view that Globalstar management endorsed. To address the cash flow shortfall, Mudrick proposed to make a non-convertible $150 million loan to Globalstar, to which offer the company never responded. Instead, Globalstar announced a proposed merger with a privately-held company owned by Globalstar’s chief executive officer and major stockholder, James Monroe. The terms of the merger would have been hugely dilutive to all stockholders other than Monroe.  For example, Mudrick’s ownership in the surviving Globalstar would have dropped from 5.6% to approximately 2%. By virtue of his ownership interests in the acquired assets, Monroe would have shot from 53% to over 80%.

The crux of Mudrick’s concern was the implied valuation of private company FiberLight, of which Globalstar would receive nearly 100% in the merger. Monroe had tried unsuccessfully to auction FiberLight for less than $400 million two years earlier, but the entity was valued at more than $1.25 billion in the Globalstar merger. Globalstar’s merger materials did not include any information supporting the FiberLight valuation. Globalstar had appointed a special committee to evaluate the merger proposal, but then declined to apply a majority of the minority voting standard; instead voting as a board. Mudrick also had concerns that the “independent” committee members were in fact interested in the merger. Globalstar rebuffed Mudrick’s request to review corporate books and records pertaining to the merger and related matters pursuant to Delaware Code § 220 by asserting that Mudrick lacked a proper purpose. In response, Mudrick filed suit. Following negotiations and a one-day trial, Globalstar stipulated that Mudrick had stated seven proper purposes and Globalstar provided numerous documents.  The parties, however, could not agree on three categories of information – including certain draft materials and information related to the valuation of FiberLight – so a second hearing ensued.

In evaluating Mudrick’s request, the Court of Chancery emphasized that § 220 is meant to be a meaningful inspection tool. The Court stated that a stockholder who makes a request with a proper purpose should be provided all documents “necessary and essential” to the stockholder’s purpose if in the possession or control of the corporation. Whether a document is “necessary and essential” involves a two-part inquiry: (1) do the documents address the “crux” of the stated purpose; and (2) are the documents otherwise unavailable to the requesting stockholder? Rejecting dicta in an earlier case, the court stated that requests do not have to be “circumscribed with rifled precision,” but the stockholder must nonetheless “present some evidence that establishes a credible basis from which the Court can infer there are legitimate issues of possible waste, mismanagement or wrongdoing that warrant further investigation.”

Here, the Court concluded the insider emails and FiberLight valuation materials were necessary to Mudrick’s stated purposes, and were otherwise unavailable to Mudrick. The Court determined that the materials were necessary to evaluate potential breaches of fiduciary duty and corporate wrongdoing, as there was tangible evidence that FiberLight was previously valued at $350-450 million in 2016, considerably less than the negotiated merger valuation of $1.25 billion. The Court rejected Mudrick’s request for draft minutes documents, finding that the materials were not “necessary and essential” because Mudrick’s access to the final minutes and other previously produced documents.

Takeaways for Stockholders and Corporations

From a stockholder’s perspective, Mudrick illustrates the importance that preparation and documentation can have on the outcome of a records request. Mudrick was an extremely well-prepared requesting stockholder. At the outset, Mudrick identified the potential issues regarding the proposed merger and gathered significant background evidence to fully inform himself prior to making the corporate records request. Mudrick’s preparation was seemingly recognized by parties to the court proceedings as well, as he was the only witness called when arguing the merits of production. However, Mudrick’s preparation should not overshadow the substantive facts of the case. Globalstar’ s actions were clearly suspect of misdoing here and although Mudrick’s diligence made the case for production easier, Globalstar faced an uphill battle to keep all the books and records from a stockholder from the outset, as illustrated by its stipulation as to the seven proper purposes. Instead, Globalstar would have been better served to limit the scope of the review. The court emphasizes that the stockholder carries the burden to demonstrate that review of any requested record is “necessary and essential” to the stockholder’s purpose. The court’s rejection of Mudrick’s request to review draft materials illustrates that is more fruitful line of defense for corporations.