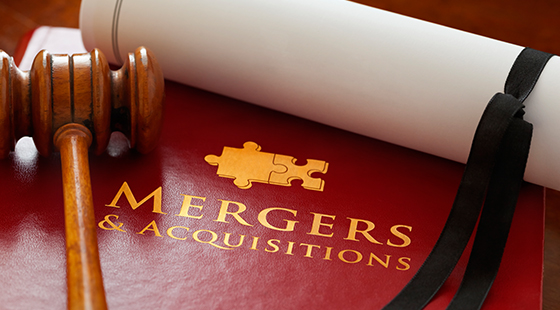 The minimum dollar thresholds under Section 7(A) of the Hart-Scott-Rodino Antitrust Improvements Act of 1976, as amended, and its rules and regulations (the HSR Act) will increase approximately 6.6% over the 2018 thresholds on April 3, 2019 (30 days after the date of their publication in the Federal Register). The thresholds determine, among other things, whether companies are required to notify federal antitrust authorities before consummating a transaction.

The HSR Act “size of transaction” threshold will increase from $84.4 million to $90 million. Transactions in which the acquiring party will hold voting securities, non-corporate interests, or assets valued above $90 million (as determined under the HSR Act’s rules and regulations) may require a pre-merger notification if the “size of parties” test is also satisfied and no HSR Act exemptions are applicable. For the acquisition of voting securities, if the threshold is satisfied, filing is required whether or not the acquirer ends up with a controlling interest. The closing date of the transaction determines which threshold applies.

The Federal Trade Commission (FTC) is required by law to revise these jurisdictional HSR Act thresholds annually as of the end of January based upon the change in gross national product; however, the revisions were delayed by the budget shutdown. The HSR Act requires companies of a certain size involved in a transaction that exceeds the filing thresholds to file a pre-merger notification with the FTC and Department of Justice and observe a waiting period unless an HSR Act exemption applies.

Bear in mind that in addition to analyzing the HSR dollar thresholds, other factors can result in a transaction being reportable to the Pre-Merger Notification Office (PNO). Failure to notify the PNO under the HSR Act is subject to a statutory penalty of up to $41,484 for each day of violation (the maximum daily civil penalties for noncompliance did not change).

Section 8 of the Clayton Act prohibits one person from simultaneously serving as an officer or director of two corporations if: (1) the “interlocked” corporations each have combined capital, surplus, and undivided profits of more than $36,564,000 (up from $34,395,000); (2) each corporation is engaged in whole or in part in commerce; and (3) the corporations are “by virtue of their business and location of operation, competitors, so that the elimination of competition by agreement between them would constitute a violation of any of the antitrust laws.”

The revised dollar thresholds for interlocking directorates of $36,564,000 and $3,656,400 were effective on March 4, the date of publication in the Federal Register; there is no 30-day delay as there is for the HSR thresholds.