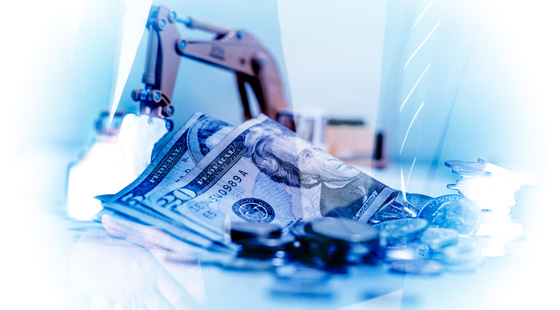 Do you REALLY know what states’ laws apply to your capital raise?

In a recent post I noted that if an entrepreneur finances a business by borrowing from friends, family and business contacts, he or she is probably engaged in a securities offering. A related issue is which state securities laws apply to that offering—or to any other attempt to raise capital for the small business. The answer is surprising to many non-lawyers and even to some lawyers.

Generally, state securities laws prohibit selling a security unless the security is registered with the state or fits into one of the statutory exemptions from registration in that state. Blue sky laws also provide penalties and remedies if someone makes materially misleading statements in the process of selling a security. The purpose of the laws is to protect people within that state from unfair treatment. Often people think that the laws protect only the residents of the state. That is true if selling activity occurs in the state where the person is a resident, but generally blue sky laws also protect non-residents who are solicited in the state.

To illustrate, assume a business is headquartered in Chicago and one of its employees has a strong business contact in Los Angeles and arranges to meet with him for a golf weekend in Scottsdale. While in Arizona, the employee tells his contact about a great opportunity to buy stock or notes or LLC interests in the company and gives him a business plan and a term sheet about the investment opportunity. The business contact returns to L.A., considers the investment, and tells his friend he is interested in investing. The company sends a formal offering document and subscription agreement to the potential investor in L.A., and the investor sends the executed paperwork and a check to Chicago, where the company formally accepts the subscription agreement and cashes the check.

Of course, a few months later things go south. The investor wants to get out of the investment and get his money back. Can he sue under Illinois law, California law, Arizona law, or any one of them that gives him the best chance of getting his money back?

The answer is that he probably can sue under any of those states’ laws, or even more than one of them. Most states apply their securities laws to offerings that “originate from” the state. In other words, because the company is in Illinois and sent materials from Illinois to the investor in L.A. and the company accepted the agreement and cashed the check in Illinois, Illinois law applies even if the investor has never been to Illinois. See, e.g., Benjamin v. Cablevision Programming Inv., 499 N.E.2d 1309 (Ill. 1986).  The discussion of the possible investment and the delivery of information about it, in the form of a business plan and a term sheet, would probably be considered solicitation in Arizona, making Arizona law applicable. See, e.g., Ariz. Rev. Stat. § 44-1801. The fact that the formal offering materials were sent into California and mailed back from there would make California law apply. See, e.g., Cal. Corp. Code § 25008. Some state securities laws leave interpretation of the phrase “in this state” to the courts, which you may find favorable depending on what side you are on in any given case.

In the same offering, the Chicago employee sends his good friend who lives in Cleveland a packet of information there. In a follow up phone call, he learns that the friend is vacationing in Florida. The employee then sends a packet of materials to his friend in Naples, Florida. When his friend gets back to Cleveland, she signs the subscription agreement there, writes a check, and sends them to Chicago. When things go badly, can she sue under Illinois law, Florida law, Ohio law, or whichever one of them would be the most favorable to her?

For the same reasons noted above, Illinois law would apply. A clear statutory provision that appears in many states’ laws would answer the question about Ohio. The Uniform Securities Act states, “… an offer to sell or to purchase a security is made in this State, whether or not either party is then present in this State, if the offer: (1) originates from within this State; or (2) is directed by the offeror to a place in this State and received at the place to which it is directed.” Ohio does not have that statutory language, but in Martin v. Steubner, 485 F. Supp. 88 (S.D. Ohio 1979) the court found that mailing subscription materials to an Ohio resident in Ohio was sufficient nexus to make the Ohio Securities Act apply. The Florida Securities Act says that “offer to sell” means any attempt or offer to dispose of, or solicitation of an offer to buy, a security or interest in a security, or an investment or interest in an investment, for value. See Fla. Stat. § 517.021. Although I have found no case law to illuminate the point, based on how “offer to sell” has been interpreted in federal law and in other states, it would seem that mailing the offering materials into Florida would constitute an offer to sell under the act, making Florida law applicable.

The hazard of different states’ laws applying is greatly minimized if the offering is completed in compliance with SEC Rule 506, the federal “safe harbor” rule for private placements. Federal law says that a state cannot impose additional requirements on a Rule 506 offering, but the state can require the filing of a form and payment of a fee. Those things are easily handled if the people involved are conversant with these requirements. But if someone mistakenly believes that a state’s law does not apply and fails to file there, it may give the investor an easy out to recover their investment. For further discussion about these filing requirements, see Jayne Juvan’s recent blog post on Form D filings.

Even though a Rule 506 offering is exempt from many of the requirements of blue sky laws, a state securities authority can always take action against a seller based on fraud, deceit, or unlawful conduct in the state.

If the offering is not made under Rule 506, any given state may be able to require registration there unless the offering fits into a state exemption. Many state exemptions require a filing, and, if the seller doesn’t think the state’s law applies, and fails to file, the investor may have an easy out to get his or her money back.

There are two particularly worrisome facts about failing to analyze state exemption requirements. First, the burden of proving that an exemption applies falls on the person claiming the exemption. Second, the individual who solicited the sale, not just the company, may be liable to refund the investment.

It usually doesn’t take a great deal of effort to comply with the relevant state laws, but the first step is knowing which ones are even in play.

I offer my sincere thanks to Kelli Novak for her assistance in drafting this post. Kelli is an associate in the Cleveland office of Tucker Ellis LLP.