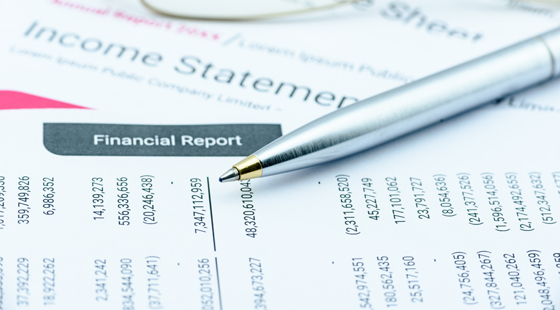 Do we have to disclose that?

Business lawyers are often confronted with the question of whether a client is obligated to disclose a particular piece of information, whether in an SEC filing, a private placement memo or on a disclosure schedule in a deal document. Under the general anti-fraud rules of the federal securities laws, the issue of disclosure often turns on the question of “materiality.” For example, the information required by the SEC disclosure rules should be considered “material” and must be disclosed. The harder question, one not defined by statute or SEC rules, is what is material in other contexts.

The question of materiality frequently arises in the preparation of an SEC reporting company’s MD&A. The SEC staff’s guidance on MD&A advises companies to focus on information that is material. Transactional deal documents often define what is material for purpose of the agreement whether using a dollar threshold or another qualifier making judgments on materiality more fact specific. The focus here is on disclosure and materiality in the securities law context.

The SEC has not definitively defined materiality despite the term appearing in rules and forms, so lawyers advising companies often look to other sources to understand its meaning. These sources include case law, SEC and PCAOB guidance, and exchange listing rules. Unfortunately these sources do not provide a bright-line test of what is “material.” As a result, questions of materiality regularly turn on companies making elusive evaluations of the information from the perspective of a “reasonable person/reasonable investor.” The information (or lack thereof) should be considered “material” if there is “a substantial likelihood that the disclosure of the omitted fact would [note that the test is would, not might] have been viewed by the reasonable investor as having significantly altered the ‘total mix’ of information made available.” Basic, Inc. v. Levinson, 485 U.S. 224 (1988) (dealing with application of this materiality standard to preliminary merger discussions). An omitted fact is material if there is a substantial likelihood that a reasonable shareholder would consider it important in deciding how to vote. TSC Industries v. Northway, 426 U.S. 438 (1976)(in the proxy statement/voting context).

We sometimes frame the materiality question this way, “would you (a reasonable person, of course) consider the information (or omitted information) as important in deciding whether to buy, sell or hold” a company’s stock? That question must be analyzed in light of the facts and circumstances present at the time of the determination. Depending on the facts, even a seemingly insignificant misstatement or omission can be material, especially if it affects something else. The SEC Staff has guided that even a quantitatively small misstatement (of a financial statement item) can be material if the misstatement or omission: (i) masks a change in earnings or other trends; (ii) hides a failure to meet analysts’ consensus expectations for the enterprise; (iii) changes a loss into income or vice versa; (iv) affects the registrant’s compliance with regulatory requirements or loan covenants; (v) has the effect of increasing management’s compensation; or (vi) is made intentionally.

The SEC in its Adopting Release for Regulation FD, rejecting a bright-line test of materiality, cited the following items as the types of information or events that should be reviewed carefully to determine whether they are material: (i) earnings information; (ii) mergers, acquisitions, tender offers, joint ventures, or changes in assets; (iii) new products or discoveries, or developments regarding customers or suppliers (e.g., the acquisition or loss of a contract); (iv) changes in control or in management; (v) change in auditors or auditor notification that the issuer may no longer rely on an auditor’s audit report; (vi) events regarding the issuer’s securities — e.g., defaults on senior securities, calls of securities for redemption, repurchase plans, stock splits or changes in dividends, changes to the rights of security holders, public or private sales of additional securities; and (vii) bankruptcies or receiverships (Final Rule: Selective Disclosure and Insider Trading, SEC Release Nos. 33-7881, 34-43154 (August 15, 2000)).