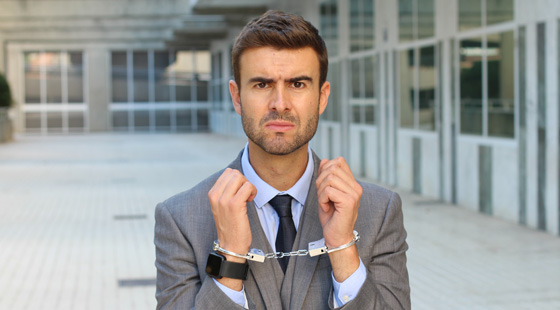 Did you just borrow money in violation of the securities laws?

Many people starting a business, or trying to keep it afloat before it really takes off, obtain the necessary funds by borrowing it from family, friends, or business contacts. The business often will sign a promissory note that sets out terms, such as when the loan is to be paid back, what interest is due, and what constitutes a “default.” Borrowed money can make a lot of sense when the business is so new that it is unclear whether it will be the next Microsoft or whether it will never get out of the garage. But most of these businesses do not qualify for a bank loan.

By borrowing from individuals, the founder may not need to give up a piece of the ownership with no real basis to know what it is worth. The lenders get a promised payback, with interest, that is to be paid before the owner takes his or her share. Many entrepreneurs also mistakenly believe that borrowing money in this way doesn’t involve the legal complexities that sales of stock or LLC membership interests have under the securities laws. Some of those people have learned to their regret that issuing promissory notes in this situation probably is a securities offering and that violations of the securities laws can have disastrous effects not only for the business but for the entrepreneur personally.

Both federal and state securities laws include “promissory notes” in their definition of securities. But the analysis doesn’t end there. In 1990, the U.S. Supreme Court was confronted with determining whether promissory notes issued by a co-operative were securities as defined in the federal acts that govern sales of securities. Reves v. Ernst & Young, 494 U.S. 56 (1990). The Court concluded that every note should be presumed to be a security, but that presumption is overcome if the note falls into any one of certain categories of notes that have been found not to be securities. Unfortunately, in our common law legal system, much of the law gets made by judges based on the peculiarities of the case in front of them instead of based on a comprehensive and exhaustive set of standards. As a result, the list of promissory notes recognized by the Supreme Court as NOT being securities is a compilation of nearly random examples:

The Court did attempt to stitch those results together into a comprehensive standard for determining when a note is not a security. It applies what the Court itself refers to as the “family resemblance test.” Under that test, a court confronted with this issue is to consider four factors in an attempt to determine whether the note “bears a strong resemblance to” one of the enumerated categories listed above. No one factor is controlling, and it is not necessarily the case that meeting a majority or less of the factors drives the outcome. The factors are:

Several of these factors are very subjective, and it is unlikely that an entrepreneur has a solid basis for concluding whether his or her activities are on the good side or bad side of the line. I recently became a grandfather, and the Supreme Court’s family resemblance test reminds of all of the debates that raged about who the baby looks like. “She definitely got her [fill in facial feature] from [fill in family member].” As you might expect, many of those opinions conflicted.

When it comes to the entrepreneur issuing promissory notes, it is likely that selling unsecured notes that are for a term of more than nine months to a number of different people who want to make money on their “investment” will be found to be a securities offering.

Why should the entrepreneur care? The regulation of sales of securities generally falls into two main categories–registration requirements and the “antifraud” requirements. The antifraud requirements are more burdensome than the label might suggest. Most entrepreneurs don’t set out to commit fraud. But in this context, although the standard varies from statute to statute, it is generally the case that saying something misleading will be a violation even if the entrepreneur did not mean to be misleading. For example, Section 12(a)(2) of the Securities Act of 1933 provides that the seller of a security may be liable to a buyer for using:

[a] prospectus or oral communication, which includes an untrue statement of a material fact or omits to state a material fact necessary in order to make the statements, in the light of the circumstances under which they were made, not misleading (the purchaser not knowing of such untruth or omission), and who shall not sustain the burden of proof that he did not know, and in the exercise of reasonable care could not have known, of such untruth or omission,…

Many states have similar statutes.

Thus, for example, leaving out part of the story that would paint a picture not as rosy as the entrepreneur paints it can be enough to make him or her liable, even if the entrepreneur did not know it was misleading, but he or she “should” have known. And, of course, the analysis in a lawsuit takes place with 20/20 hindsight when the unforeseen problem has actually surfaced. To make matters worse, under both federal and state statutes, it is not just the business entity that can be held accountable in a civil lawsuit or criminal prosecution. The individual who solicits the investor may also be held personally liable.

As to the registration aspect of securities laws, selling a security that is not registered with the proper authorities or exempt from registration not only is a basis for investor suits but is also a basis for civil enforcement proceedings or even criminal prosecution. The range of available exemptions is beyond the scope of this article, but it is worth noting that, under most statutes, the burden of proving the exemption is on the seller of the security. It is not unheard of for an individual who claims he or she did not know that particular promissory notes were securities to be convicted of a crime, although those cases usually also involve other bad facts, such as misuse of the invested funds. A conviction for violating securities laws can be a terrible blow to one’s business career.

Is there any good news in all of this? Yes, with some preventative lawyering, an entrepreneur can protect the business and himself or herself from these woes by documenting the process by which investors were informed and by finding applicable exemptions from registration under federal and state laws. The issue of what state laws may apply is a thorny topic in its own right, which I intend to address in a future post.