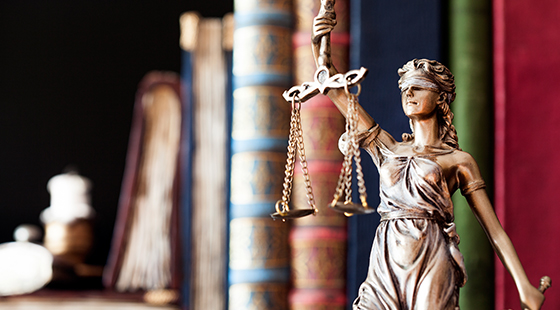 Are you using the phrase “hold harmless” incorrectly? Does “indemnify” only apply to third-party claims?

Many legal commentators have considered the meaning of “indemnify and hold harmless” and advised to drop the “hold harmless” part of this couplet. Some commentators have also suggested that “indemnify” applies only to third-party claims and not direct claims between parties. Their conclusions have largely mirrored each other—draft your indemnification provision more clearly to say exactly what you mean. This post will provide specific drafting techniques to accomplish that goal, at least in the M&A context.

Actually, the discussion in these articles misses a more fundamental issue—while the phrases may have been judicially determined to be synonymous when used together, “hold harmless” by itself likely doesn’t mean indemnify. A hold harmless clause is more appropriately used when one person agrees not to hold another person liable for injury or damages suffered by the first person when engaging in certain activities. A classic example is a participant in high-risk activities like skydiving or rock climbing agreeing not to sue the purveyor of that service if the participant is injured while engaged in the activity.

One huge caveat to the foregoing discussion is that there are situations where “indemnify and hold harmless” is appropriately used. For example, in a real estate purchase agreement that gives the buyer the right to inspect the premises, the buyer may agree to indemnify and hold harmless the seller from damages resulting from the buyer’s inspection activities. That is, the buyer will indemnify the seller for any damage it causes to the seller’s property, and will hold the seller harmless from any injury caused to buyer or its agents, in each case as a result of buyer’s inspection activities.

In short, unless you have a situation like the foregoing where the couplet is properly used, stop using “hold harmless” in your indemnification provisions.

Some case law arguably implies that “indemnify” only applies to third-party claims. See, e.g., Queen Villas Homeowner’s Association v. TCB, 56 Cal. Rptr. 3d 528 (Ca. App. 4 Dist. 2007), which cites several other California cases. In the M&A context, this means if the buyer of a business is sued by a third party and that claim arises because the seller misrepresented some fact about the business or failed to perform some agreed-upon covenant, the buyer may recover any damages from the seller. The corollary to that interpretation would seem to be that “indemnify” doesn’t cover direct claims, i.e., damages suffered directly by the buyer because the seller lied or breached a covenant.

I wouldn’t be particularly concerned with these cases. First, these courts seem to be interpreting the language of the contract at hand as opposed to making a blanket statement that “indemnify” always only applies to third-party claims. Second, a dictionary definition of the word “indemnify” has no such qualifying language. A typical definition of the word “indemnify” says something like “compensate for harm or loss.” That definition clearly picks up losses both to third parties as well as between the parties.

In any event, a drafter of an indemnification provision can clearly draft the provision to address direct claims. Here’s one suggestion. (The drafter will need to amplify the following as appropriate, e.g., adding joint and several if multiple sellers, defining the indemnified parties, etc. Also, a comprehensive discussion of drafting the entire indemnification section is beyond the scope of this post.)

In the general indemnification section, say something like, “The seller will indemnify the buyer for any loss suffered by the buyer, whether or not such loss relates to a third party claim, arising out of or relating to,” then pick up the litany of triggers, e.g., warranty and covenant breaches, retained liabilities or line item indemnities.

Assuming no other drafting issues, with this approach, a court should have no trouble understanding that “indemnify” doesn’t mean just third-party claims.

Category: Corporate Law, Mergers & Acquisitions, Private Equity
Tweets by linguanegoti Contact
authors
co-editors
contributors
services
resources
categories
When you visit our website, we and our partners and providers collect information through cookies and related technologies for various purposes, including to deliver online services, analyze traffic and social media engagement. You can learn more in our Privacy PolicyI accept