The SEC first proposed the “clawback” rules in July 2015. Seven years later – after initially reopening the comment period on the proposed rules in October 2021 and again in June 2022 – on October 26, 2022, the SEC finally adopted rules on the clawback of erroneously awarded executive officer incentive compensation as required by the 2010 Dodd-Frank Wall Street Reform and Consumer Protection Act. Dodd-Frank added a new Section 10D to the Securities Exchange Act of 1934, as amended (the “Exchange Act”), requiring the SEC to direct national securities exchanges and associations (such as NYSE and NASDAQ) (the “Exchanges”) to require listed companies to develop and implement a policy for disclosing how they handle incentive-based compensation tied to reported financial information and, when that reported information has to be restated, a policy for clawing back related erroneously awarded compensation.

The directed listing standards will require each listed company to adopt a written policy for the recovery of erroneously awarded incentive-based compensation received by its current or former executive officers. This requirement applies only in the event the listed company is required to prepare an accounting restatement due to its material noncompliance with any financial reporting requirement under the securities laws during the three completed fiscal years immediately preceding the date that the listed company is required to prepare the restatement. Listed companies that do not adopt and comply with the required clawback policy that meets the requirement of the listing standards will be subject to delisting.

In connection with the clawback policy listing requirements, the SEC also adopted amendments to the proxy/information statement executive compensation disclosure rules on the disclosure related to clawback policies and a policy exhibit filing requirement on Annual Reports on Form 10-K. Under the amended rules, a listed company must file its policy as an exhibit with its Annual Report. If at any time during or after the last completed fiscal year a listed company was required to prepare an accounting restatement that required recovery of erroneously awarded compensation pursuant to the listed company’s clawback policy (or there was an outstanding balance as of the end of the last completed fiscal year of erroneously awarded compensation to be recovered from the application of the policy to a prior restatement), it must disclose for each restatement:

Additional disclosure is required if recovery of the erroneously awarded compensation would be impracticable pursuant Rule 10D-1. In such case, subject companies must disclose for each current and former named executive officer (persons whose compensation was disclosed in proxy/information statements) and for all other current and former executive officers as a group, the amount of recovery forgone and a brief description of the reason the company decided in each case not to pursue recovery. Disclosure is also required related to erroneously awarded compensation outstanding for 180 days or longer as of the end of the last completed fiscal year since the date the subject company determined the amount for each current and former named executive officer.

The mandated listing standards will require a listed company to recover erroneously awarded compensation in compliance with its clawback policies, subject to certain exceptions where its committee of independent directors responsible for executive compensation decisions – or in the absence of such a committee, a majority of the independent directors serving on the board- have made a determination that recovery would be impracticable where, for example, the direct expense paid to a third party to assist in enforcing the clawback policy would exceed the amount to be recovered. However, before concluding that it would be impracticable to recover any amount of erroneously awarded compensation based on expense of enforcement, the subject company must make a reasonable attempt to recover such erroneously awarded compensation, document such reasonable attempt to recover, and provide that documentation to the applicable Exchange.

Despite the SEC’s lengthy delay in the adoption of the mandated listing standards related to compensation recovery, many listed companies have already implemented some form of clawback policy as a feature of their executive compensation programs and risk management. Listed companies should carefully evaluate their existing clawback policies (or be prepared to adopt a clawback policy, as required) and be prepared to revise them after the applicable Exchange adopts final listing standards to comply with the SEC’s new rules. For example, we believe that many existing clawback policies may need to be updated to reflect a recoupment obligation in the event of little r restatements and possibly require that all executive officers shall be coved by such policy.

The new rules and amendments will become effective 60 days following publication of the release in the Federal Register.

Our Securities and Capital Markets attorneys will be pleased to discuss with you the potential impact of the final “clawback” rules and related disclosure requirements. Please contact your regular attorney at Tucker Ellis or any of the following attorneys listed below.

This Client Alert has been prepared by Tucker Ellis LLP for the use of our clients. Although prepared by professionals, it should not be used as a substitute for legal counseling in specific situations. Readers should not act upon the information contained herein without professional guidance. 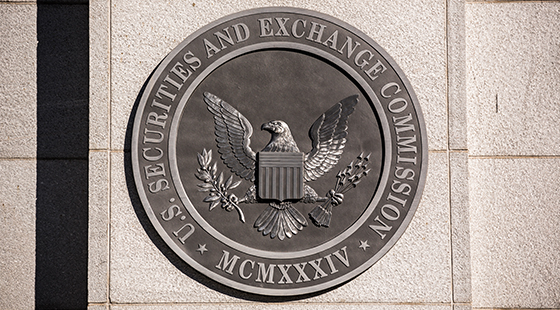