Methylene chloride (also known as dichloromethane (DCM)) is a colorless liquid with a sweet, pleasant odor commonly used in paint removers, adhesives, and aerosols and as a solvent in metal cleaning and degreasing. It is also used as a solvent in the manufacturing of pharmaceuticals, antibiotics, and vitamins. It can also be found in both groundwater and bottled water. Although previously used in cosmetics, that use has been banned.

In January 2017, the U.S. Environmental Protection Agency (EPA) issued a proposed rule banning paint removers that contain DCM, but the review of this rule has been pushed back. Thereafter, in May 2018, Lowe’s announced that it would phase out from its stores all paint removers containing the chemical by the end of 2018. The Home Depot has also announced its removal of these DCM-containing products, and there is a push from advocacy groups for other retailers and manufacturers to follow.

Exposure to DCM can happen through inhalation, ingestion, and skin contact. Not only are consumers who use DCM-containing products at risk of exposure, but workers in industries either using or manufacturing DCM can also be at risk, including those working in DCM pro­duction and shipping, in the manufacturing of paint removers and equipment, and in commer­cial furniture refinishing.

In addition to manufacturers and distributors of products containing DCM, employers using it in their production or operations are also possible targets in litigation. The Tucker Ellis Mass Tort & Product Liability Group can assist clients with legal issues and help develop strategies to manage risks. 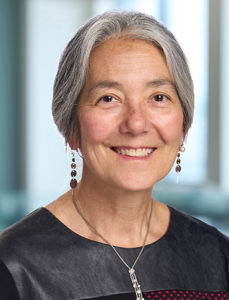