A team from the University of Akron School of Law (Akron Law) finished in the top 8 of the 182 teams that competed in this year’s American Bar Association (ABA) National Appellate Advocacy Competition. After going undefeated at the Regional Tournament in Boston last month, 2L Michael Grund and 3L Lauryn Kitchen more than held their own against the best teams in the country at the National Tournament held at the federal courthouse in Chicago April 11-14. Proceeding without notes, the team knocked out the reigning champion, Oklahoma City, in the Sweet 16 before losing a narrow split-decision to Texas A&M in the Elite 8. A team from Baylor Law School ultimately took the national title.

“Of their many excellent performances, the last argument was the best,” said co-coach Chad Eggspuehler, who traveled with the Akron Law team to Nationals. “They left it all in the courtroom, and it was clear from the questioning during rebuttal that their respondent argument moved many of the judges. I couldn’t be more proud of them.”

This year’s problem addressed whether prolonged periods of solitary confinement violates the Eighth Amendment’s prohibition on cruel and unusual punishment. Each team prepared a brief without faculty assistance, as well as oral arguments for both sides of the case. Akron Law Professor Jen (Woloschyn) Harrell, a Tucker Ellis alumna, coached the team to victory at Regionals. 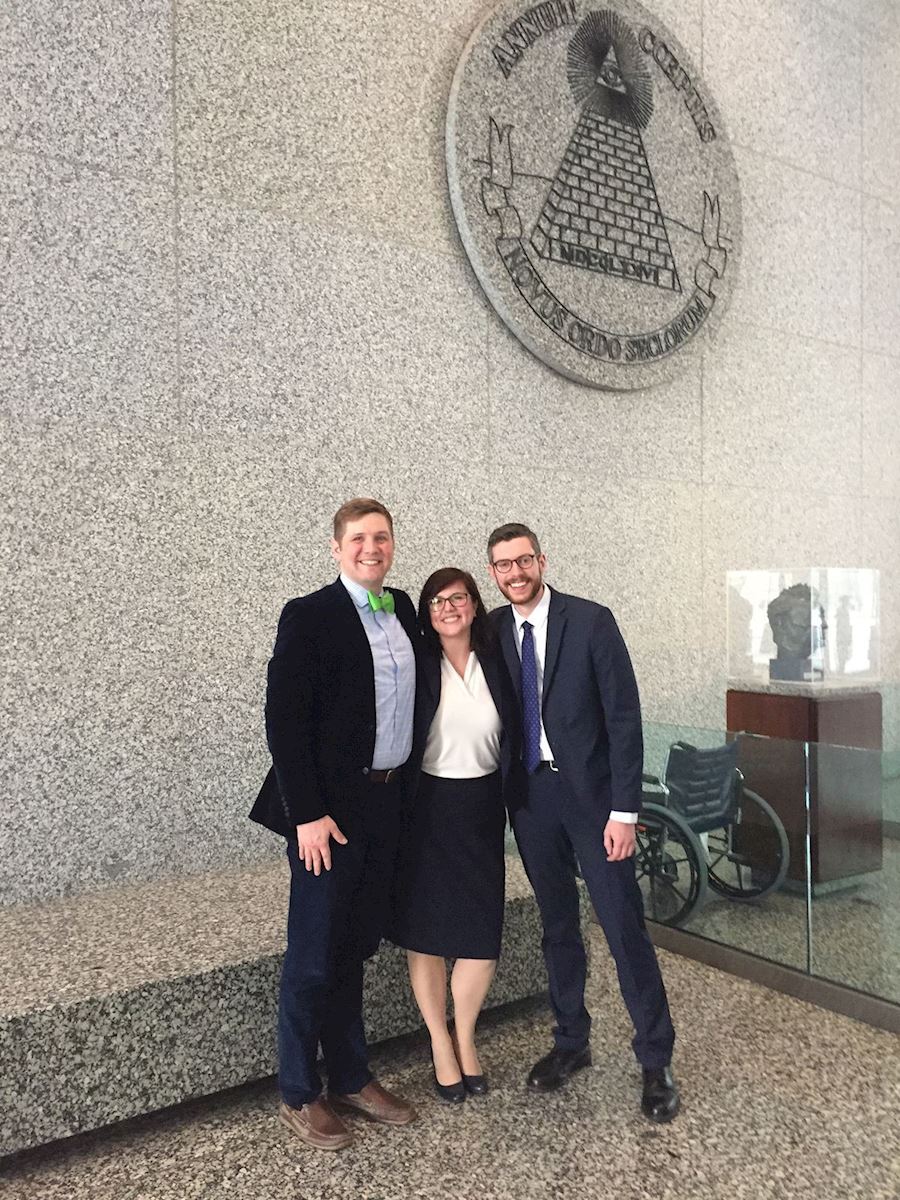