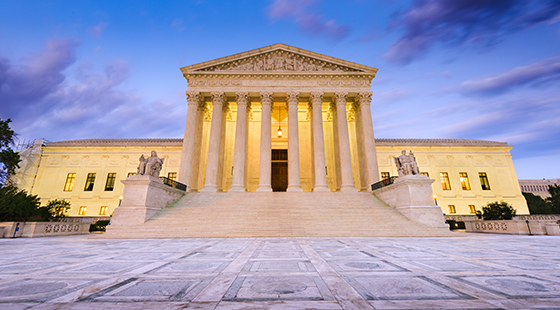 Many public companies offer their employees the option to own company stock in their 401(k) plans. But what happens when a company is aware of an issue that will cause the company’s stock price to drop, like the need to issue an accounting restatement? Can the company face not only a securities lawsuit from public investors, but also breach of fiduciary duty claims by participants in the 401(k) under ERISA against the company and company insiders who also act as ERISA fiduciaries over the 401(k) plan? If so, what would a plaintiff need to allege to state such a claim under ERISA? Those were the unanswered questions left after the U.S. Supreme Court’s 2014 decision in Fifth Third Bancorp v. Dudenhoeffer, 573 U.S. 409 (2014). Unfortunately, despite the Court recently revisiting the issue, those questions remain unanswered, and the door remains open to more ERISA stock-drop litigation.

In Dudenhoeffer, the Court directed the lower courts to consider how ERISA’s prudence standard for plan fiduciaries of 401(k) plans that invest in company stock may conflict with insider trading and corporate disclosure laws in cases when the fiduciaries – who often are also company insiders – are aware of information that will negatively affect the value of company stock. Further, it also directed the lower courts to evaluate whether any purported alternative action that the fiduciaries could have taken (i.e., stopping purchases or selling company stock) “would do more harm than good” to the plan, as compared to simply holding the stock and weathering the drop in price.

Following Dudenhoeffer, virtually all of the lower courts that considered those questions ultimately concluded that there was no plausible alternative action that the fiduciaries could take that would not run afoul of securities laws – essentially shutting the door to these ERISA-based stock-drop cases. That was until Jander v. Retirement Plans Committee of IBM, 910 F.3d 620 (2d Cir. 2018), in which the Second Circuit reopened the door to such cases by holding that the plan’s trustees and the company could have made an “early corrective disclosure” that did not run afoul of securities laws, and that their failure to do so violated their fiduciary duties to the plan under ERISA. In their complaint, the plaintiffs cited generic economic analyses showing that earlier corrective disclosure would have at least minimized the stock drop that eventually occurred. The Second Circuit decision in Jander created a circuit split on this issue.

When the U.S. Supreme Court granted certiorari in Jander, the expectation was that further clarification on the issue would be forthcoming. The case was briefed and argued in 2019, but the Court’s consideration of Jander ended on January 14, 2020 without a definitive resolution of the central questions. The Court noted that the briefing and oral arguments were dominated by arguments that had not been raised earlier on appeal and, thus, the Court effectively punted – vacating the Second Circuit’s decision and remanding the case for consideration by the Second Circuit of the arguments first raised before the Supreme Court. The Supreme Court’s decision can be found here.

Although the original Jander decision has been “vacated,” the practical effect of the Supreme Court’s failure to address the core issues leaves the door open to copycat ERISA stock-drop claims and renders the merit of the defenses asserted by IBM before the Supreme Court unresolved. The key takeaway for public companies that offer their own stock in their 401(k) plans is that the door has yet to be definitively shut on ERISA-based stock-drop claims, and that the future of Dudenhoeffer’s effect on such claims remains to be determined. Previewing the battle to come, Justices Kagan and Gorsuch offered competing concurrences, which offer differing views on the key issues at stake – essentially, whether to read Dudenhoeffer expansively or narrowly. But, at least for now, that battle will take place back in the lower courts, and it could be some time before the Supreme Court offers any definitive decision on the issue. In the meantime, with the door left open, companies and plan fiduciaries should expect more stock-drop litigation.