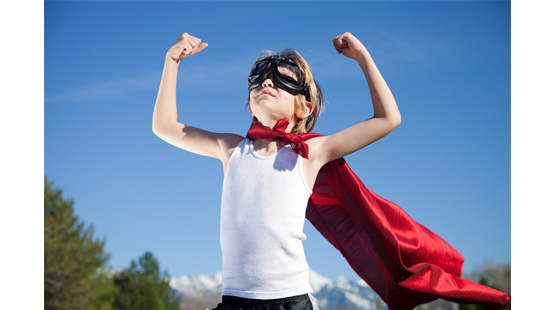 ERISA requires that a health care plan be maintained for the exclusive benefit  of the participating employees and their covered family members. If Vermont had gotten its way, the 93 million members of ERISA self-insured health care plans would have been required to pay for the establishment of reporting mechanisms to comply with perhaps 50 or more different reporting schemes – primarily for the benefit of the people who are not members of their health care plans.  We do not know exactly what this would cost, but it seems like an awful lot. The Supreme Court did not require Liberty Mutual to incur all of those costs just to prove how costly this would be, to the chagrin of dissenting Justices Ginsburg and Sotomayor.

One of the reasons Liberty Mutual fought Vermont’s demands was that it was concerned that disclosure of confidential information might violate its ERISA fiduciary duties. After the decision, plaintiff Al Gobeille (Chairman of the Vermont Care Board) was quoted as saying that many sponsors of ERISA plans already report, and that he hopes they will continue to do “work with the state and work for the common good.” But that’s the problem with these state laws that creep into ERISA: employers that comply with the (preempted) state law may be found in violation of ERISA fiduciary duty. Any employer that is sponsoring a self-insured plan and “complying” with the Vermont law or a similar law in another state needs to reconsider its ERISA fiduciary responsibilities.

Writing for the majority, Justice Kennedy explained that ERISA provides a mechanism by which it appears the Department of Labor could develop a reporting requirement that would require providing the data Vermont and other states want, though that issue was not presented in this case. Presumably that would be one consistent report, with the costs incurred to establish mechanisms and provide the reporting at much lower cost.  Justice Ginsburg found it “unsettling, however, to leave the States dependent on a federal agency’s grace, i.e., the Department of Labor’s willingness to take on a chore divorced from ERISA’s objective.”

The key legal issue in this case was the breadth of ERISA preemption. ERISA’s express preemption clause preempts “any and all State laws insofar as they may now or hereafter relate to any employee benefit plan.” This provision has been found to preempt a state law if it has a reference to ERISA plans, or if it has an impermissible connection with ERISA plans. Beginning in 1995, the Court decided several cases that refined and narrowed its earlier preemption analysis, beginning with New York State Conference of Blue Cross & Blue Shield Plans v. Travelers Insurance Co. This line of cases has led to complexity that has vexed the courts tasked with applying ERISA preemption in a variety of contexts.

In Gobeille, the Court explained that an impermissible connection occurs when state law governs a central matter of plan administration or interferes with nationally uniform plan administration. A state law also might have an impermissible connection if acute, albeit indirect economic effect of the state law force an ERISA plan to adopt a certain scheme of substantive coverage or effectively restrict its choice of insurers.  As the Court explained, “these formulations ensure that the express pre-emption clause receives the broad scope Congress intended, while avoiding the clause’s susceptibility to limitless application.”

Here, the Court found that reporting, disclosure and recordkeeping are central to, and an essential part of the uniform system of plan administration contemplated by ERISA. The Court held that the Vermont law was preempted because it both intrudes on a central matter of plan administration, and interferes with nationally uniform plan administration. In taking this direct path rather than applying the twists and turns imposed by the Travelers line of cases, the Court restored ERISA express preemption’s superpower.

In a concurring opinion, Justice Thomas called attention to Travelers, and its departure from following the text of the statute. He acknowledged that while he had joined in the Travelers opinion, he found that the Court’s interpretation of the express preemption provision “has become increasingly difficult to reconcile with our pre-emption jurisprudence.” Justice Ginsburg went a step further, dissenting “from the Court’s retrieval of preemption doctrine that belongs in the discard bin.”

I edit “The Complex World of ERISA Preemption” chapter of ERISA: A Comprehensive Guide, and that may make me a little bit biased. But my perspective is that restoring ERISA express preemption’s superpower is reason for celebration.