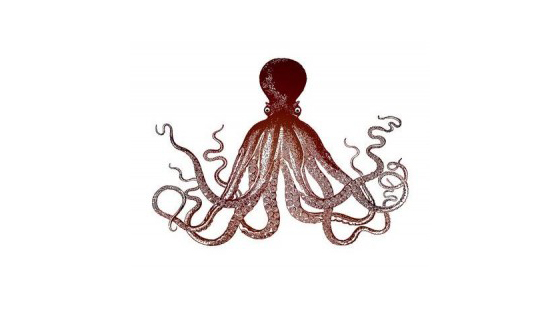 But any living creature swimming within the vicinity of a plan octopus needs to consider that it is potential prey. The problem arises when the plan octopus ceases to be well-fed. In the case of a single employer plan where the employer becomes insolvent, the Pension Benefit Guaranty Corporation (PBGC) becomes the hungry octopus. In the case of a multiemployer plan where the employer becomes insolvent, the trustee with fiduciary responsibility becomes the hungry octopus. This isn’t a theoretical problem, my friends; we have many hungry and even distressed plans here in the United States.

Take the Central States, Southeast and Southwest Areas Pension Fund, whose trustees estimate it will be insolvent by 2026.  UPS, which had been the largest contributing employer to the significantly underfunded Fund and thus its biggest prey, seemingly escaped when it negotiated an exit in 2007. Many years later, subsequent to the Kline-Miller Multiemployer Pension Reform Act of 2014 (MPRA) and issuance of proposed regulations under that act, the long arms of the Fund have pulled UPS back in as prey. The MPRA introduced a significant change to ERISA, allowing multiemployer plans facing future insolvency to cut benefits. The Fund has proposed cuts, about which retirees are understandably distressed. And now, UPS disagrees with the interpretation of the MPRA, and how this impacts UPS’ 2007 agreement, including its make-whole agreement to provide benefits in a separate single employer plan.

ERISA, as amended by the Multiemployer Pension Plan Amendments Act of 1980 (MPPAA) and MPRA, gives the PBGC and multiemployer plans powers comparable to the octopus, posing risk for many unsuspecting investors who never agreed to the terms of a collective bargaining agreement. In any investment transaction, we encourage due diligence with respect to any single employer or multiemployer defined benefit plans in the vicinity.

For example, ERISA provides that pension obligations, including multiemployer withdrawal liability, will be imposed on an entity other than the one directly obligated to the fund if such entity is a “trade or business” under “common control” with the obligor.  Historically, private equity firms have not been concerned about this provision. However, in March, a Federal District Court in Massachusetts ruled in Sun Capital that two private equity funds were jointly and severally liable for $4.5 million multiemployer defined benefit pension plan withdrawal liability incurred by their jointly owned portfolio company.  The company had filed for bankruptcy and ceased contributing to the New England Teamsters and Trucking Industry Pension Fund, triggering withdrawal liability it could not pay.

A long-standing PBGC regulation defines common control for parent/subsidiary purposes as 80% ownership. Here, the defendants admitted that an important purpose of dividing ownership of portfolio companies between multiple funds was to keep ownership below 80% and avoid withdrawal liability.  The District Court determined that the purpose of the MPPAA common control provision was to prevent employers from circumventing their ERISA and MPPAA obligations, and that the regulation allowed employers to do exactly that. The Court noted that in the case of an LLC, ownership can be divorced from effective managerial control.  Therefore, the Court disregarded the PBGC regulation and reached its own conclusion that common control and a trade or business existed.